Getting to know Veroni’s Speck 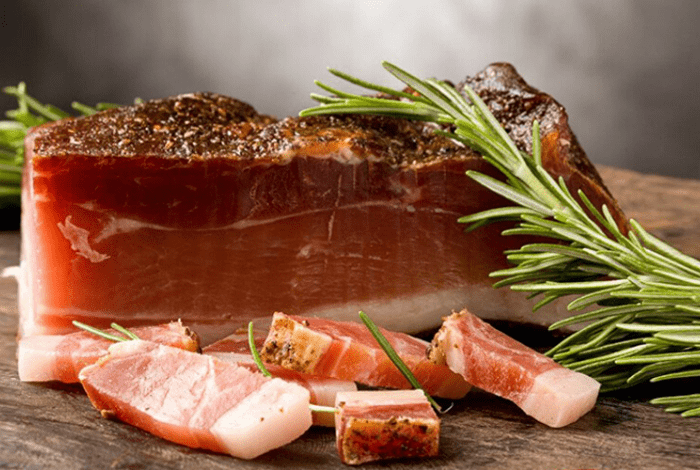 Getting to know Veroni’s Speck, and experience the traditional flavors of Italy. As well as everyone’s favorites including prosciutto, salami and mortadella, we produce other specialties that you must try, such as speck.

But do you know what Speck is? It is a lightly smoked cured pork cold cut that comes from the Trentino – Alto Adige region in the North of Italy known for the Dolomites and the strong German and Austrian influence. It is made by using high quality pork legs which are rubbed with a mixture of spices including salt, pepper, juniper berries and bay leaves. The pork is then left to marinate in the spice rub in a temperature-controlled room and left for a varying period of time where the cuts of meat are turned several times to ensure they are marinated evenly.

Then comes the most important step for Speck that is what gives speck its unique flavor. The process includes smoking the pork legs following a special technique so that the flavor is only subtle. The cuts of meat are then placed in another temperature-controlled room to cure for varying times up to 22 weeks. The spice rub creates a layer around the meat which ensures the curing process and retention of moisture. The result is a cured pork leg characterised by a smoky flavor with bursts of spices.

You can enjoy speck in numerous ways from antipasto platters, endless recipes or simply with bread to make the most of its intense flavor.