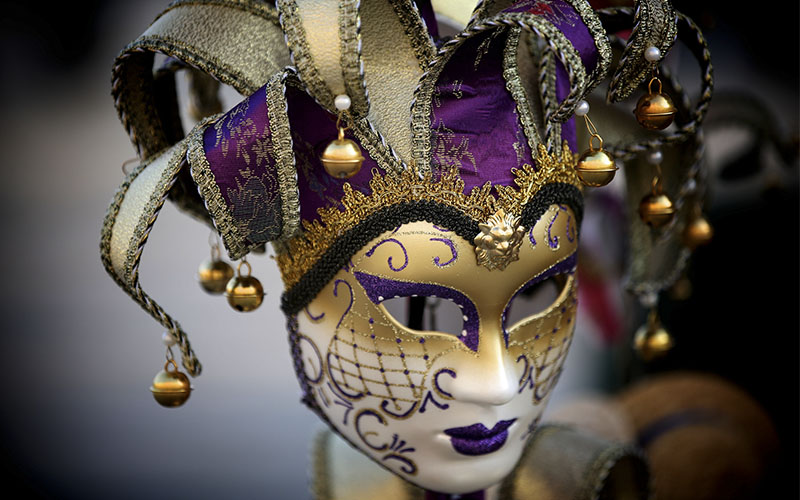 One of the most prosperous periods for Italy has begun, the time of Carnevale! Many countries around the world celebrate this period of religious events that lead up to Easter in their own unique way and for Italy it is an extremely happy and festive time.

Carnevale in Italy is the last celebration before lent begins on Ash Wednesday, lent being the period before Easter when Catholics go without something they enjoy for 40 days and 40 nights. Carnevale, therefore is the party that occurs before this long period of reflection and composure.

Celebrations usually last about two or three weeks during the end of February and start of March, before the biggest event of the Carnevale calendar which is ‘Martedi Grasso’ or as it is called in English – Mardi Gras.

One of the most internationally famous locations of the Carnevale is in Venice, which is the first place it was celebrated in 1094 and later on during the Renaissance period was celebrated throughout Europe, explaining the tradition of elaborate costumes. However, all of Italy part takes in the event in their own unique ways.

Viareggio for example is one of the most famous places in Italy for their extravagant floats and parades and Ivrea, a town in Piemonte, for the famous ‘battle of the oranges’ that takes place each year.