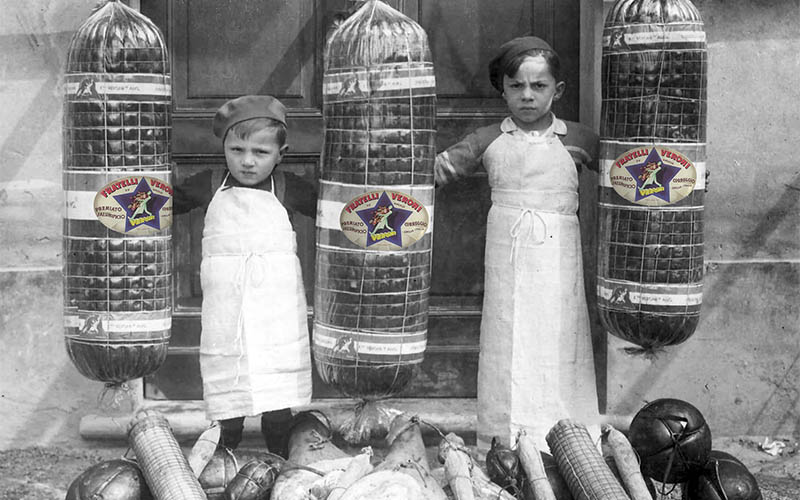 The Veroni family has long been rooted in the production of quality meats, which eventually lead to the opening of the family’s company in the town of Correggio in 1925. The five Veroni brothers, Fiorentino, Francesco, Paolo, Adolfo and Ugo managed and grew the shop together and began to build a reputation for all of their exceptional traditional cured meats, but most famous of all of their produces was the Veroni Mortadella.

Mortadella was the first product the Veroni Brothers perfected using their traditional Italian recipe and ancient ‘know-how’ that was passed down from previous generations. But the brothers were obsessed with finding ways to improve their famous mortadella and according to an old Italian saying: ‘the bigger a mortadella is, the better it tastes’. It was with this in mind that the brothers worked towards creating the biggest mortadella in the world.

There were many complications that were overcome during the making of the first giant mortadella, from problems with it burning on the outside and not cooking enough in the middle to it breaking during transportation. The Veroni brothers therefore invented new machines to cook the 26.25 ft of mortadella properly and other machines to fill the casing with meat and tie it up. After all of these set-backs, the dynamic capabilities of the brothers shone through and led to the creation of the ‘Veroni giant mortadella’ that we know today.

The “Guinness” mortadella is registered in the Guinness book of records, with the record continuously being broken every year from 1988 – 1993, while in 1994 and 1996 the approval and simultaneous presentation of the mortadella to the public took place at Cibus, the International Food exhibition held in Parma, Italy.

In 1994 the “Guinness” mortadella weighed 4475 lb and was about 23 ft long, with a circumference of 6.5 ft and a diameter of 25”. The sewing of the casing took 2 weeks of work from a group of skilled seamstresses. The tying of the mortadella required overall, including the net and the pieces of cord for pulling, more than 0.6 mi of rope.

In 1996 the record was beaten once again. The “Guinness” presented a mortadella weighing 5908 lb, a circumference of 7.5 ft and a diameter of 29.5”. Many years have passed, there have been some imitation attempts from competitors, however this record is still unbeaten! 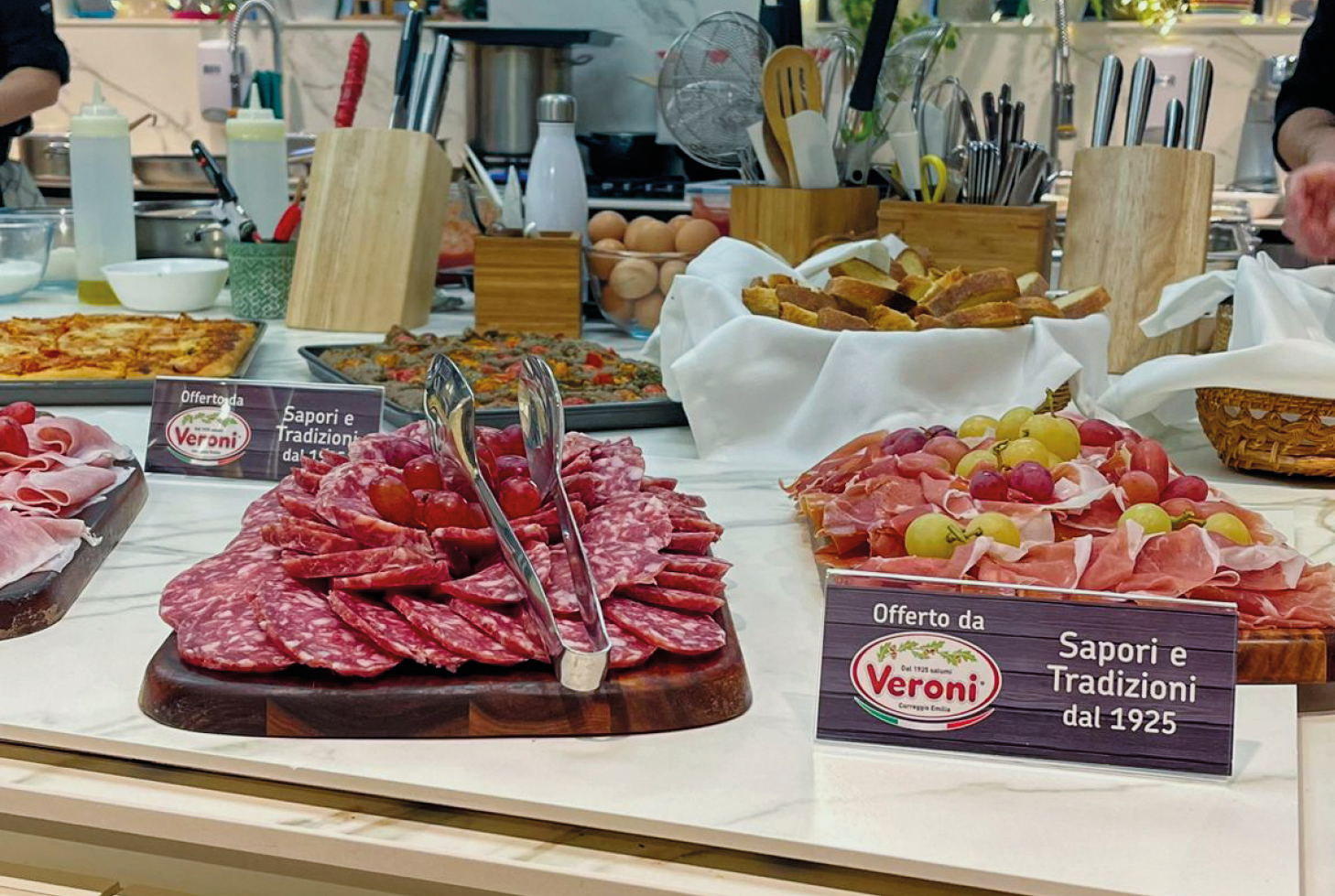 Find out about how this unique-shaped bread came about!…